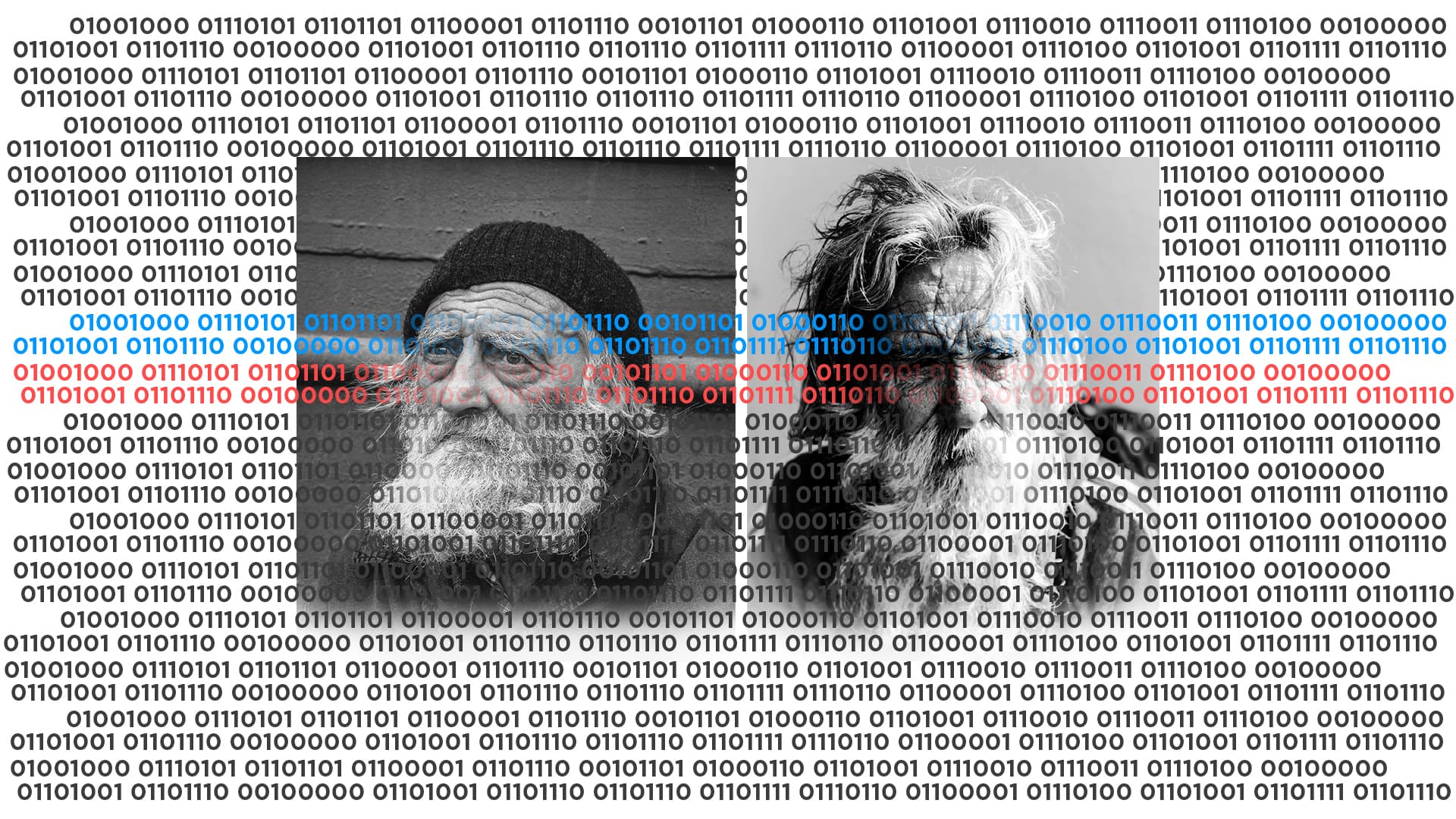 THE MACHINE APPRECIATES YOUR EFFORT

Everyone is afraid of the transparent citizen, but in the # 10yearchallenge they go along? We are thinking about human behavior and how it amuses a learning machine than us.

If you have been online lately, the latest meme, the #10yearchallenge or "2009vs2019", was all over. Currently, well over 2.2 million people have taken pictures of themselves according to the scheme "yesterday / today". An ascending trend.

WHAT DO THE PEOPLE DO?

For the masses it’s a harmless fun: Look how well I still look, or look how abstruse my hairstyle was at that time ... At first glance, it's the digital equivalent of comparing driver's license photos at a party. Entertaining, but without consequences.

But in an environment where you do not pay for the platform or for the service provided, you are not the customer but the merchandise. Many users seem to have forgotten that and provide any face recognition software out there the best database since years.

A "Perfect storm for machine learning" summarizes a quote attributed to Amy Webb. Unwittingly people fuel with their posts a self-learning machine that is now able to learn by perfect edited examples of human aging processes. This builds the perfect foundation to identify individuals even after decades by facial recognition.

Media claims, that the Indian police has discovered over 3,000 missing children in four days using a similar technique. The United Kingdom and United States report on spectacular cases as well, where facial recognition has led to the resolution of a case or to finding a missing person. At about 300 shots per day per person in e.g. London's city center, however, does not surprise that either. London is not ideal for hiding.

OUR DATA IS THE FUEL

Despite all the conspiracy theories, I feel a certain discomfort despite my fascination for new technology. Our actions generate streams of data that make businesses smarter and more profitable. We have to be aware of that. We cannot hand over the responsibility for the respectful handling of our data to companies or institutions. We have to walk the talk.

The # 10yearchallenge is just one phenomenon that shows mankind’s disrespectful use of data. Our customer loyalty cards, Alexa or iPhones generate data streams every second which makes us locatable, categorizable and identifiable. As a marketer, I think that's great. The more I know about my target group, the more accurately I can approach them with the right message at the right moment in the right medium. But as a private person, I get paranoid when the same few shoes haunt me online for weeks.

What worries me in this context is that unlike my cache and cookies, I cannot erase my face easily. And the better the face recognition, the less protection age will give me. And facial sculpturing doesn’t feel like viable solution.

Björn Karmann's idea makes it possible to use IoT virtually in private or incognito mode. Google Home or Alexa hear thanks to the mushroom-like accessory only what they should or we want. Somehow reassuring.

"WE SHOULD DEMAND THAT BUSINESSES TREAT OUR DATA WITH DUE RESPECT, BY ALL MEANS. BUT WE ALSO NEED TO TREAT OUR OWN DATA WITH RESPECT. "

This line from Kate O'Neill's much cited article in the last few days sums it up perfectly.

Previously published in German at www.crowdmedia.de
Header assembled with pictures by Donald Teel