During summer Johanna went abroad to work with our colleagues in New York. Here we go with her personal reflection about her month in the US.

Arriving at the Newark Airport, New Jersey, trying to keep in mind what the next things to do are:

… show my passport and the ESTA … what kind of questions will they ask? … get a taxi to the city… no, not a taxi. An Uber! … Call Patrice before leaving the Airport … what is the Air BnB address again? …

The Airport is pretty much the same like all European airports I know. Everything is white and neutral and feels organized. Maybe there are a few more security guards.

I am in line for the Passport control and feeling a bit nervous, but the man behind the counter is nice and polite. “You’re here for work? Better make sure you explore the city as well!”

Uber ride to the city.

The van is cooled down to a max and the skyscrapers are coming closer and closer. We are driving over a bridge crossing construction and harbor sites and entering the Holland Tunnel, connecting Jersey City and Manhattan. Leaving the tunnel, I suddenly find myself feeling like a tiny bug not able to lift my head high enough to see the tops of the skyscrapers. Luckily the streets are packed in Manhattan, so I have time to look around and see all the details, all the shops, all the people, all the faces.

My first days in this City - Picking up the NY speed.

During the next days I wake up really early due to my Jetlag, but I use this time to explore the south of Manhattan before the heat kicks in.

Extending my way to the office, I wander around, taking a new street every day. The office is located in the financial district, in the tip of Manhattan next to Battery Park. From Nolita where the buildings are rather small – only 5 floors – I grab a coffee going south. It feels like the buildings are growing and growing until I enter the financial area with its 40 floor office blocks and skyscrapers.

I pass by the Brooklyn Bridge, City Hall, the Charging Bull and the little girl facing the New York Stock Exchange. At Broadway I witness the parade for the women soccer team after they won the World Cup. From Battery Park with the sun in my back I have a good view on the small statue of liberty. Passing the Staten Island Ferry Station I slowly make my way to the office.

In the last few months Patrice and his team moved into a new office in the Seaport Area right next to Brooklyn Bridge. Seaport District is a tiny quarter with smaller older buildings and a nice atmosphere - and it is just a second away from the financial district. We have visited this nest between all the skyscrapers often during our lunches and it always felt like entering a New York of a different time.

Back in July close to the Stock Exchange - Everyone is looking at their phone, having calls at 7 in the morning and rushing to their first meetings. For me it all is surreal, my surroundings, the details and the vibes. My pace of walking is probably a third of people around me, because there is so much to see and so much attracting my attention.

It took me around 5 days of standing in people’s way, being bumped into a lot and trying to find the right directions until I found my way to speed up and swim within the New York crowd.

The first day of work here in New York, Patrice picks me up and shows me around.

I still know Patrice from his days in Hamburg, so it is nice to see a familiar face and to be able to work with him again. As a founding member of INDEED, he really embodies the great spirit and the core values of the company. Seeing the New York office and especially meeting the new Team, it becomes very clear that he carried that certain mentality with him into INDEED New York.

The office atmosphere is creating a great place to work and to feel welcomed immediately. Everybody was nice and helpful, regarding work aspects but also regarding my other tiny New York struggles like getting a SIM Card or just finding the right subway line. Even for finding typical US candy I could count on them!

Also the team work is very similar to our way of working together here in Hamburg. It is a nice balance of concentrated work, fruitful exchanges, building on each other’s ideas and having fun and childish moments in between.

During my weekends I am walking all day long.

Not to visit all the touristic places but rather to see and to absorb as much of the New York life and atmosphere as possible.

I am visiting two NYC islands, Governors Island with a lot of history and Roosevelt Island, which is a magical and surprising place. Taking the cable railway from Roosevelt Island over the East River I am heading towards Grand Central Station and to the Public Library next to Bryant Park.

One thing on my list definitely was having typical Breakfast at an American diner. So my colleague Adrian is taking me to one at Greenpoint. I am having pancakes with bacon and maple syrup along with never ending refill coffee – yes! To make the day even more American we get an ice cream donut sandwich afterwards and visit a store in an old roller coaster hall.

A classic is also ordering the Smoked Salmon Bagel at Barney Greengrass’s, a tiny Jewish restaurant at the Upper West side. Great food, insane prices – but worth it!

Cheaper, but also great is a picnic at Prospect Park in Brooklyn. In general, the parks are amazing places and it feels like they are living rooms to all New Yorkers in the summer. So many people get together here, they bring not only blankets, but tables and BBQs to eat with the entire family. There are concerts over concerts, sports classes and open-air cinemas.

Watching the New York movie Moon Struck in front of the Hudson River was for sure one of my highlights.

One weekend it has almost 40 degrees, so I have to try the US way of dealing with the heat – making use of all the cooled buildings! I visit some malls, design stores and museums. All NY buildings turn into fridges in the summer time and eventually the crazy heat that hits you when you exit the door again feels like a nice warm hug.

But most of all I enjoy observing all the people around me, in parks, streets and subways.

There are so many interesting and fascinating characters, crazy, talented, inspiring, with cool style and great tattoos. Singer, guitarists, dancers, artists. I often open my book but won’t even read two sentences because of all the things to see.

Some people I met were stereotypical Americans. Most were friendly and helping. Some were loud. A few were rude. All age groups seem to interact very casual and I heard the word “like”, like, a lot!

But the more you get to know people the harder it becomes to see stereotypes or clichés, the more the personalities stand out.

A friend from Brooklyn works at an immigration office and tells me a lot of details about US politics and how much his work changed since Trumps election.

My landlady has an interesting background. Being a dance choreographer and a costume maker living in New York since her youth, we have inspiring conversations about art, theater and the New York of the eighties.

I have great discussions with my colleagues about their New York experiences, about design and the differences between Hamburg and New York, between Europe and the US.

Looking back, I had an amazing time in New York.

Not only because the city is so exciting but because of people I met and due to the fact that I had the chance to work there within the INDEED New York team.

Being such a small group, we grew together quickly and could use each individual strength ideally for the project.  Arriving at the office I realized that we all have this common understanding of being a part of INDEED. It didn’t matter at all that the Hamburg location was 6000 km away or that we never worked together. Working as a team felt natural right away.

It was also a good challenge for me to teach some of my knowledge. I was often wondering which would be a good way to explain certain techniques and for others to practice them. How can my colleagues internalize what I show them within such a short time frame?

Thanks to the team, my work experience was not only the reason for but also a highlight of my New York time.

Another highlight I really cherish are the New York summer vibes. Everyone is spending their time outside and the city is offering so many free summer activities and events.

The city’s nightlife is unique and representing New York’s diversity. You can join a Dominican reggaeton party and then go to the next block visiting a queer dance club under a subway bridge. The next day you might go to a jazz bar or a gallery crawl.

One last favorite for me was visiting Dumbo. Dumbo – down under Manhattan and Brooklyn Bridge – is a nice quarter with a cool water front. Sitting here I am overlooking the East River and Manhattan’s financial district with all its skyscrapers. It is an amazing view and I think about all the people working on the other side of the river. Feels like looking at the chaos from a distance before jumping right back into it again.

My time in New York with the INDEED team felt like ages and seconds at the same time. The month really flew and suddenly I had to leave, but when I think back there are more and more impressions and happenings popping up and I am surprised how much I actually did and experienced within a July in New York. 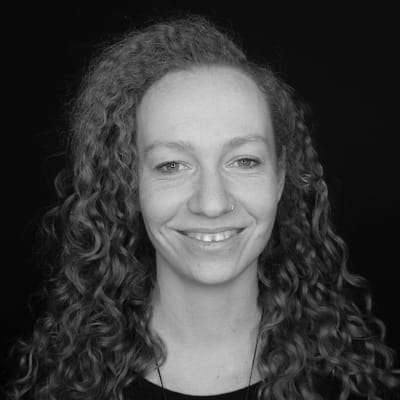 Johanna is a very skilled Designer. Always exploring new things and deep diving in different fields. Originally from Bavaria, she has a genuine sense for style and and loves illustrating in her private time, favoured in her flat on the 10th floor, from where she looks over Hamburg finding new inspiration.