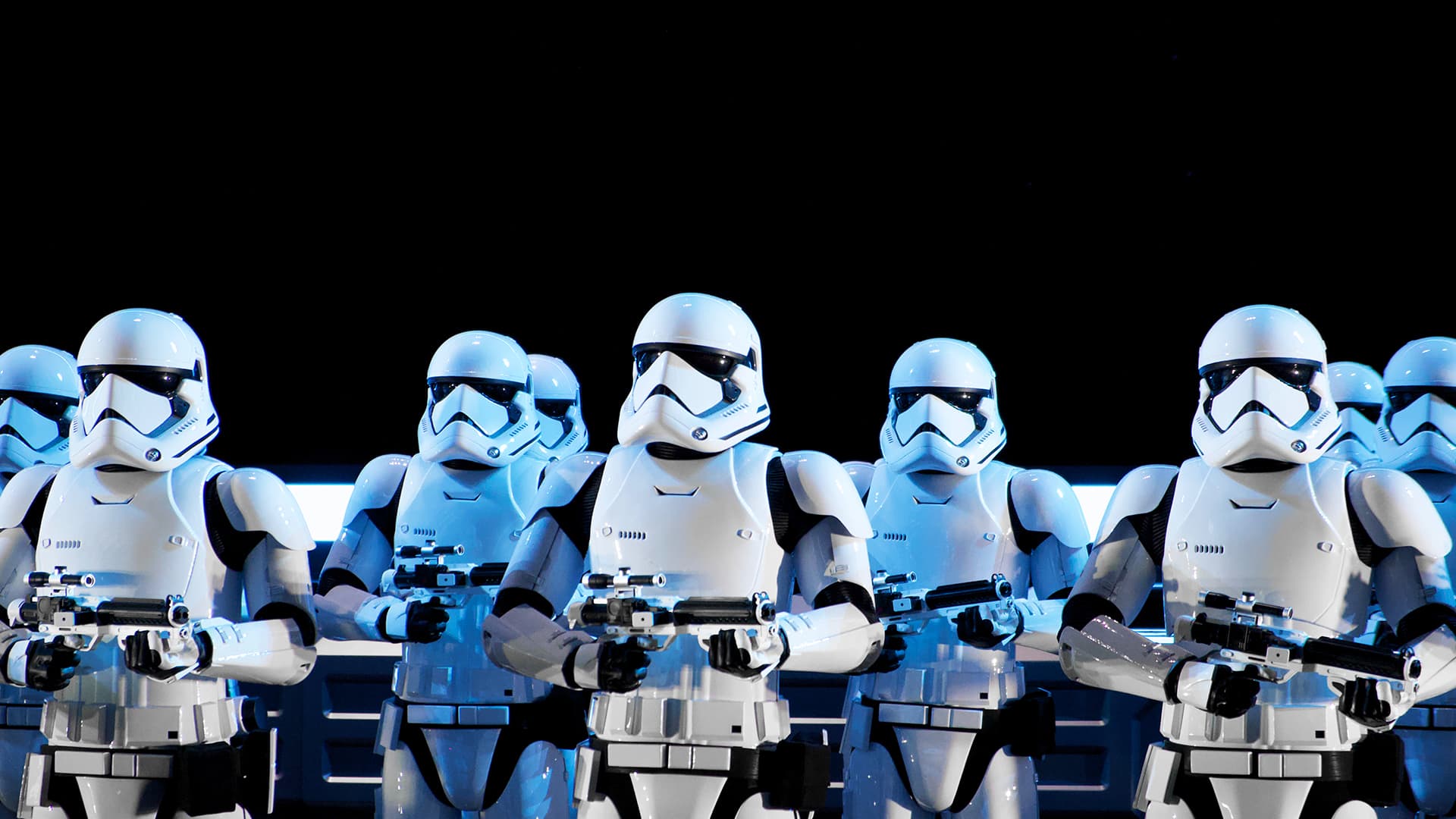 Together with the Business Romantic Society we worked on several future states to question our existing offering and prepare for the years to come. Join us on an eerie and fascinating trip towards the year 2030.

For the next days, we will regularly publish a new chapter. Scroll down to get the whole picture.

These scenarios are pure science fiction but motivated by contemporary developments we and the Business Romantic Society detected while preparing for a visionary workshop in January 2020. At that point Covid-19 had not entered the scene. Naturally, we now question some of our assumptions from this particular workshop. But nether less the future states are still worth thinking about because they question the status quo and each reader has to decide for their self and their business how they might want or have to response to the scenarios described.

No kids, no plastic, but a chief planetary officer

#NoFutureNoChildren – Greta followers and beyond are vowing not to have children to try and reduce their impact on the world and its resources. The grey skyscrapers are adorned with abundant, smart and self-regulating vertical farming arrangements where you can see kale and baby carrot hybrids growing. It’s very quiet, cause there are no children on the streets.

Unilever’s & Beiersdorf’s new museum is seeing a record number of visitors, with some even flying in from far and wide on F-AIR’s electric planes. All the previous plastic bottles that were manufactured in the past are on display, and every ticket-holder gets a chance to create their own personal brand of shampoo featuring plant-based, zero-chemical ingredients in the company’s 100% renewable energy-powered factory.

“Human-centered” has left our vocabulary. It’s now “all for one earth and one earth for all”. The business leaders of tomorrow now have to learn how to be as climate-conscious as possible to avoid paying carbon taxes and to receive tax credits for reinvesting into nature. Ivy league graduates are simply not the best to offer advice in this regard if they don’t change their curriculum.

Made in China, the invincibles, platforms

Back in 2020 when Trump was building walls to keep people out, China was building bridges to keep people in its loop. China’s “One Belt One Road” initiative links China to Europe, Africa and the rest of Asia and they will be the first ones to receive stock of batteries that can power a household for a week. Grid collapses have become more widespread in the last months as Mother Earth takes her revenge and everyone who’s a friend of China is now thanking their lucky stars.

In 2026 we had the Blue Blood virus epidemic which saw the demise of 25% of the global population. Every system on the planet breathed a sigh of relief, but this means that the world is now actually underpopulated. Even with the progress in robotics, protecting and safeguarding the remaining humans has been taking center stage. Universal health care has been rolled-out and gene editors are now allowed to prescribe treatment to fix any cellular weaknesses that could lead to illness. The ones who are against gene-editing boost their performance through med-tech enhanced plant medicine that make them more energetic, more creative, and more empathetic. Think micro dosing LSD on a daily basis!

Platform domination continues. Amazon and Alibaba remain the two biggest behemoths in the platform economy and are expanding their platform offerings and acquiring various other players. Airbnb and Facebook are now part of Amazon. Alibaba has bought all IP from German carmakers and introduced an environmentally-friendly Uber-like service of its own. No longer do we need to bounce between different platforms, because it’s increasingly all together in one place. Most people have resigned themselves to the fact that algorithms know them better than they know themselves.

„Let the robots toil so we can live“, is the new claim. After angry middle-class workers who were made redundant by some tech-heavy companies staffing only an AI and two engineers, but still bringing in revenue of thousands of dollars in revenue per month. And gig workers slaved away the whole night and still not able to afford avocado on their toast in the morning, something had to happen. European governments decided consequently that it would triple the tax rate that applies to billionaires (tech and non-tech) in its borders and redistribute the wealth through a Minimum Livelihood Amount (MLA).

With so much routine tasks being done by algorithms and machines, paid human work was bound to transform. Ageing populations with more years than pension payouts ahead of them need care and every housewife’s dream, ever, became true in 2028. So, governments decided to compensate any family member who attends a course on caring for geriatrics and subsequently helps to lessen the burden on the local system by keeping a grandpa or grandma out of a municipal care facility. Home work has finally been elevated to the same level as office work.

Those with more expensive tastes, who want to supplement their Minimum Livelihood Amounts take part in traditional work activities for a few hours a day, but for the rest of the time you can find them socializing and bonding with their friends, families and fellow community members. Every individual is free to decide how they want to organize their day, whether that is volunteering on smallholder farms or coding a solution to interpret one’s dreams.

The middle is dead.

Nowadays you are left or you are right. It is extremely hard to have a conversation with someone from the other side, because there are no intermediaries. It doesn’t help at all that we’re still getting only targeted media that reinforce our current beliefs.

Urban centers and megacities are expanding every week as rural areas depopulate and struggle to reinvent themselves. My middle-class peers from school have either climbed the ladder to the top, while others have fallen down. So much for the dream of a small house with a white picket fence. Megacities are negotiating their own trade agreement with other megacities.

While 70% of the planet is now on the Internet, all connections are not created equal. Some parts of the world are already enjoying 6G, whereas others have to make do with spotty 3G. The rapid development of technology and change in digital tools, means that many of the elderly, who once knew how to use Facebook, have gotten left behind. No one has time to teach them because their own children are struggling to keep up!

Previously everyone just enjoyed the same sunshine while chatting around the barbecue. Those days are long gone. Hardcore climate activists are planting trees every day and refuse to buy any new clothing. The hedonists are trying to take as much from what’s left

and enjoy the party while they can. They refuse to recycle their wine bottles and are still enjoying steak or chicken wings on a daily basis. If they’re looking for something, they simply 3D-print a new one, instead of taking two seconds to look around the house.

WHAT DO YOU DO WITH THESE SCENARIOS?

Each future state questions your current beliefs and maybe as well your business model. Ask yourself if or how your brand promise or your offering stays relevant in one or the other described future. Is there anything you can do to respond to the possible change or will your offering or brand just become obsolete?

In the area of software development, its common not just to anticipate changes, but to plan for them. The idea is to update the software without disrupting the entire structure or overall function. Anticipating changes and providing transparency as well as interconnectivity helps to keep the costs low. Of course, you can never anticipate every change a customer may ask or time will bring. But anticipation makes you more flexible to response adequate and optimistic to change.

Try it yourself: Pick one of the described scenarios and reflect it in the light of your brand and offering. What changes do you have to make to response and stay relevant? This anticipating change challenge is a great opener for a team session and becomes even more fruitful when teams work on different states and showcase their approaches to each other.

Tell us with which ideas you and your team came up with the next time we see us!