Our colleague Tanja Kruse Brandao celebrated 50 years of internet and 20 years Hasso Plattner Institute. She was inspired, but also thoughtful, by the Jubilee Conference in Potsdam. Here is her report:

On October 29, the day the Internet celebrated its 50th anniversary, the focus was on the development of the Internet and its social and economic impact. At the anniversary conference "Designing Digital Transformation" there was a retrospective and a top-class roundtable on digital ethics and society as well as a look ahead to the next 50 years: Mind clouds, skill downloads, educational tablets, autonomous companies with an AI as a management? Or even an AI Chancellor? What will come?

Particularly affected by this development are journalists and the media, especially print. But enough has already been said and written. Dr. Matthias Döpfner, CEO Axel Springer, made it clear with just a few numbers how big the problem of the "gatekeeper" function of social media is:

43% of Facebook users use the platform as a primary or sole source of news. Also surveys state that information comes from Facebook. And one hardly cares about the journalistic source behind the news - whether it is the New York Times or Breitbart, no matter.

It would be beneficial if at least one source could be added to a contribution. The second problem lurks here: Many opinion-forming contributions come from one of the 700 million (!) "Unidentified Accounts". Döpfner compared these with disguised demonstrators and demanded political and technical solutions.

A completely different development, which Axel Springer sees as quite positive, is Robot Journalism. Why not leave the ongoing reporting on interim results on election evenings or the course of a football match to a machine learning tool and leave the final comment to the humane journalist...?!

The factor gatekeeping can also be found in the report of the Data Ethics Commission which has just been handed over to the Federal Government. Prof. Dr. Christiane Woopen, u.a. Chairperson of the European Group on Ethics in Science and New Technologies (EGE) presented the seven principles for a digital world formulated therein:

1. The dignity of man

... forbids, for example, the digital total measurement of the individual as well as his degradation by deception, manipulation or exclusion.

The right to privacy serves to preserve the freedom and integrity of personal identity. It can be threatened by extensive collection and analysis of data down to the most intimate areas.

"Data not only depicts reality, it also creates a new one" (Prof. Chr. Woopen)

Ensuring security places high demands on, for example, human-machine interaction or the resilience of systems to attacks and misuse.

Digital technologies are systemically important for the development of democracy. They enable new forms of political participation, but they can also be dangerous in terms of manipulation and radicalisation.

Question: How can AI be sustainable if a single process requires as much energy as five passenger vehicles throughout their life cycle?

The report with all details can be found here.

Digitisation as Value to Humanity

Soumya Swaminathan, the Director-General in charge of all World Health Organization (WHO) programs, has been prioritising the use of digital health technologies since inauguration. Using the example of the Ebola pandemic in 2014, she described very clearly how important worldwide access to data is:

"Now that people in the remotest parts of the world have cell phones, with the virtual contact between patients and doctors, we can enter an era of rapid information flow. Artificial intelligence-based health applications are rapidly increasing and there is a need for a regulatory, validation and pre-qualification framework - similar to the regulation of medicines, medical devices and vaccines."

And what is "the next BIG THING"?

"Machine learning and AI still have so much potential that we can and should use first. Important hurdles such as security and social acceptance have to be taken. " 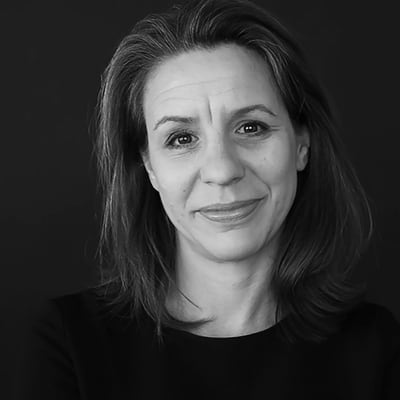 Tanja develops new business models when it comes to monetize innovation. Often “on tour” as keynote speaker, jury member or rare female panelist with technology background she is always advocating for human-first in innovation and digitalization. Her motto: “From the New to the Better.”