Our colleague Jessie presents us five behavioral economics concepts that he brought from this year´s SXSW in Austin (warning: this may also help you live a better life).

Behavioral Economics, along with food-truck tacos and local craft beer, had a strong and recurring presence at SXSW 2018. This is only a few months after Richard Thaler won the 2017 Nobel Peace Prize for his advances in the field and it feels like the world is finally excited to start talking about BE.

A relatively young academic field, Behavioral Economics was founded in the early 1970s by Nobel-Prize winner Daniel Kahneman and his research partner, Amos Tversky. It is the study of decision-making through a behavioral psychology lens. With a focus on understanding cognitive biases and inconsistencies, Behavioral Economics has profound insight into creating businesses and designing products for the real world humans, rather than for the homo economicus, the perfectly rational but entirely unlikely model of humanity on which traditional economics and, often much business study, is based. (Designing for homo economicus might be relevant decades from now if we’ll be designing for our potentially more rational AI friends; another strong and recurring presence at SXSW panels).

The field of Behavioral Economics is ever-growing, providing deepening awareness of our daily decision making experiences, big and small. In this article, I will focus on 5 key concepts that can help everyone better understand their own biases, as well as everyone else’s. Each of the below concepts has been demonstrated empirically and as you will soon see, applied to promote business success and personal wellbeing.

You click on a facebook ad to buy a new pair of jeans. The landing page says “premium raw denim: $400/pair,” but when you click on the style you like to select the size, it says “originally $400, marked down to $285.” You feel great about this 30% discount and buy two pairs.

In their 1974 paper on heuristics and biases, Amos Tversky and Daniel Kahneman explained why consumers respond this way by highlighting the importance of setting an “anchor.” The anchoring bias describes our over-reliance on the first piece of information we are given. In the above example, the clothing store is anchoring the price at $400, so, in relation to that price, $285 is cheap, irrespective of the intrinsic value of the jeans. One master of the anchoring bias was the great roman emperor, Marcus Aurelius. In his Meditations, he advises, “Begin each day by telling yourself: Today I shall be meeting with interference, ingratitude, insolence, disloyalty, ill-will, and selfishness.” By anchoring his day in misery, he ensured that every other experience would seem relatively pleasant.

Since you don’t actually know
the exact percentage you should be directing towards your savings, chances are,
rather than raise or lower it, you will keep the 7% rate.

One of the most salient examples of this behavioral bias is demonstrated in Eric Johnson and Daniel Goldstein's study of organ donations across the world. In researching the large discrepancy in the percentage of populations that were organ donors, even between countries that are otherwise similar in terms of values, religion, and culture (for example, Denmark and Sweden: Denmark has only 4% organ donors while Sweden boasts 86% donors), they realized that the difference was largely based on the wording of the organ donation form in each country. Some countries’ forms read, “check this box if you want to be an organ donor” while others said, “check this box if you do not want to be an organ donor.” The countries that presented that second formulation had a much higher organic donation rate. When faced with tough decisions like these, most people choose to not choose. The default option, therefore has significant repercussions. Opt-out vs opt-in.

Even though you
don’t necessarily need these sunglasses by Friday, you feel that you don’t want
to miss this opportunity and you click ‘order’.

Kahneman and
Tversky discovered that we tend to
.
As part of Kahneman and Tversky’s explanation for loss aversion, they
identified the “endowment effect,” which states that we place an unreasonably
great value on things we own. Ironically, the endowment effect was the cause
for increased devastation in the US housing crisis; individuals over-valued
their homes simply because they owned them, ultimately leading to a large
decrease in their value. Home-owners didn’t want to recognize that their homes
had lost value and therefore held on to them for too long until it was too
late.

You’re on Skyscanner,
booking a flight from NYC to LA and the airline presents the following options.

Now, because
options 2 and 3 are easily comparable, option 2 looks like a relatively better
option and results would likely be split between option 1 and 2--even though,
logically, if you prefer 1 to 2 and 2 to 3, you should still always choose
option 1.

Karen Horgan, founder and CEO of VAL Health,
described the way in which choice architecture has been used for the collective
good. In studies conducted to lower calorie consumption (over-consumption is a
big problem in the USA), behavioral scientists realized that by simply listing
the low-calorie items on the top of a menu, and listing the higher calorie
foods further down, individuals consumed 25% fewer calories. Kaiser
Pharmaceutical was recently successful in reducing opioid consumption by
listing opioids lower down on a list of optional post-surgery medication. As
Horgan reminded her audience, “information doesn’t make change, the order in
which you present information makes change.”

Throughout these weeks, you obviously saw many pictures of cool
and un-cool people getting in and out of many cars of many colors (as Instagram
was target-marketing cars to you based on your google searches), but you
subconsciously paid special attention to the yellow sports cars and their cool
owners.

, confirmation bias is the term that pinpoints our overvaluation of
information that confirms or supports our prior beliefs and ignores
contradictory information. Just think back to the last time you had a
hypothesis and Google-searched it to see if you were right. If you’re being
honest with yourself right now, you’ll realize that you subtly ignored any
contradictory information and only clicked on the headlines that supports your
hypothesis.

The exciting thing about studying Behavioral Economics and
applying its insights to life and work is that it is a relatively new and ever-changing
field of study; there is always a new concept to explore and apply. The more
that we can increase our understanding of the human experience, the better we
can build products and services that

our humanity as opposed to exploit it. If you’ve enjoyed the insights from this
article, please take a look at the book recommendation below. Collectively,
they provide a wonderful foundation for the field of Behavioral Economics.

How can these principles and other behavioral economics
concepts apply to innovating your new products and services? Email

Bonus Bias: Recency (and the importance of endings)

The recency
bias is exactly what it sounds like: whatever we have experienced most recently
leaves the most lasting impression. Due to its ease of recollection (and our
otherwise poor memory), we’re inclined to over-value recent experiences and
then in turn use them as a baseline for future decision making. Therefore when
making decisions based on things that happened in the past, we should make sure
that our data set goes back far enough. Additionally, if we know that
the most recent memories color our view of the experience, we should pay extra
attention to the endings of experiences.

***Note: I am
deliberately ending this article with a bonus insight as I understand the
effect of the recency bias***

by Cass
Sunstein and Richard Thaler 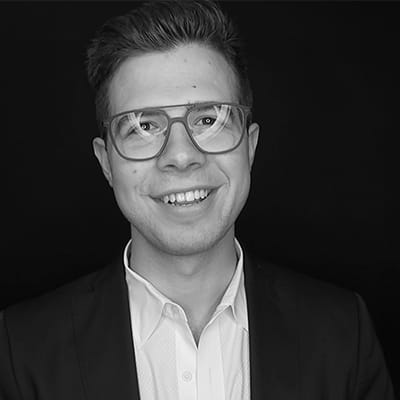 Jessie occasionally supported our New York subsidiary. He is a behavioural economist, humanist and futurist whose passion lies in preserving the beauty and enhancing the depth of humanity in an age in which technology, efficiency and data increasingly overshadow that.