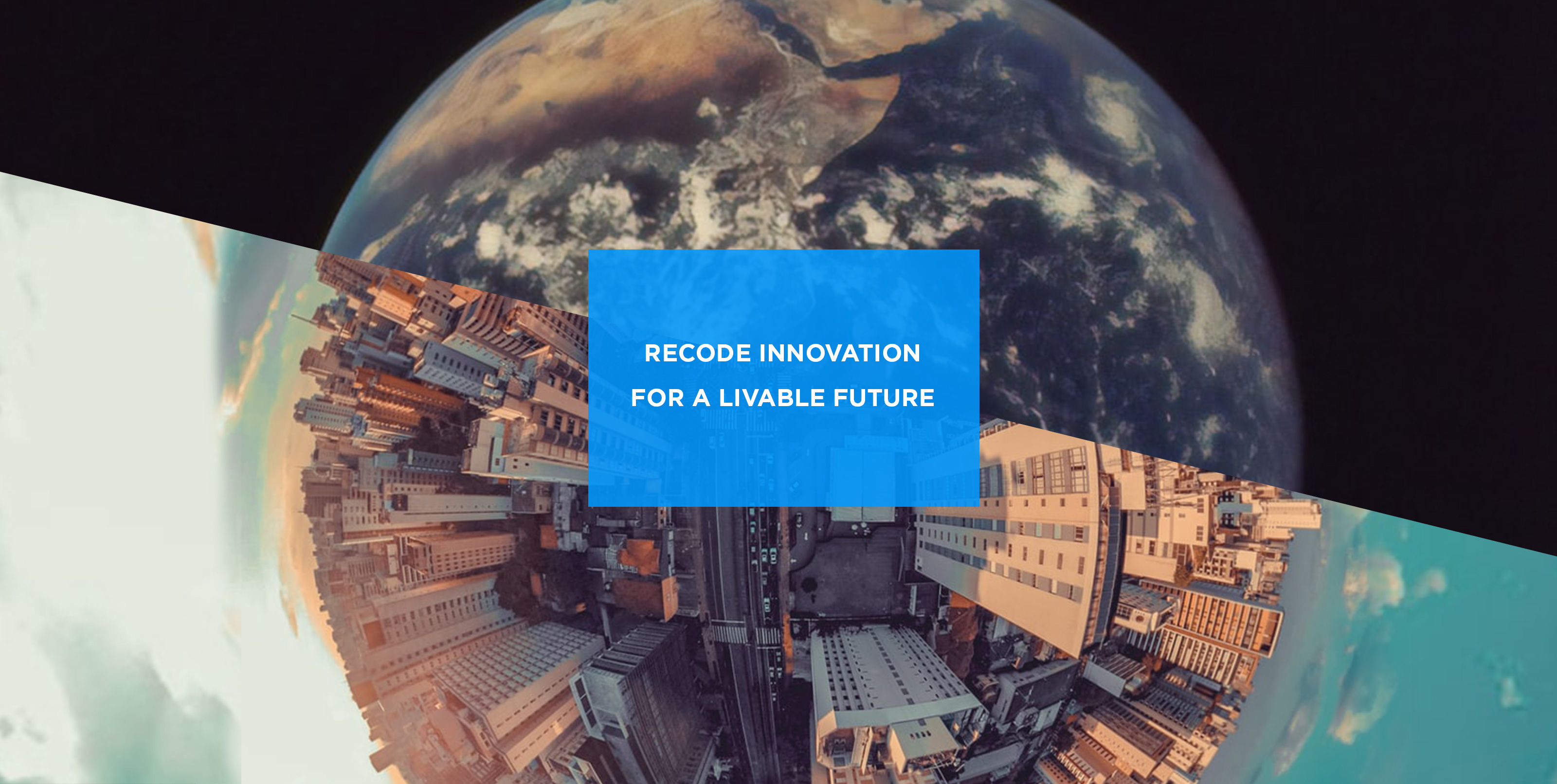 In Pursuit of Humane Innovation III

This blog post is part of a series giving answers on why and how humans, companies and societies need to change for a planet worth living on. In the third part we explain our vision: Humane Innovation.

The Club of Rome demanded it in its report “The Limits to Growth” in 1972. The UN’s Intergovernmental Panel on Climate Change (IPCC) published it in its reports since 1990 onwards. And, since the Paris climate pact of 2016, nearly every country understood it: business-as-usual is obsolete, that is if we want to preserve the planet with its climate and resources in a livable way for future generations.

A global warming of no more than 1.5 degrees compared to pre-industrial times must be maintained. This is why we are the last generation here and now that must take decisive action to prevent irreversible climate change.

BUT WHAT ARE THE OPTIONS FOR ACHIEVING THIS CRITICAL GOAL?

One option would be to use technological innovations and reduce resource consumption to a maximum without sacrificing our prosperity in return. The other option: renunciation.

Unfortunately, the first possibility is a fallacy. This is because the so-called rebound effect, described by Tilman Santarius, shows that if we produce more efficiently we usually consume more. The fact that 10 percent of the world’s population lives below the poverty line, and many more people aim to reach a European standard, escalates the fear that consumption growth will overtake the potential resource savings.

And the second option, renunciation, would somehow have a positive effect, but is pretty unattractive and hardly communicable.

As a team, we at INDEED Innovation have been thinking about this for many months. Our main question: Is there any alternatives? Are we helplessly at the mercy of fate? What is the human method to create a good, even a beautiful future for everything and everyone on the planet?

The Easterlin Paradox describes that humans do not become happier from a certain level of prosperity onwards, even though we possess more and more. Having this paradox in mind, how do we create less consumption and more positive emotions instead? What if we could balance the power of innovation with an adaptation of human behavior?

HUMANE INNOVATION IS THE RESULT.

Thus, this became our vision; we need innovation that improves the behavior of people and businesses towards a promising and secure future for all life on earth! We call it Humane Innovation.

By systemically conciliating the needs of people, the planet and economy, we strive to help our customers and partners develop sustainable business models and closed-loop ecosystems. The key to this being innovative products and services that have the smallest possible (or even a negative) footprint. Additionally, these products and services consider behavioral design, influencing people to consume less –  ultimately leading to more satisfaction and happiness.

The goal: to be able to implement the biggest possible and viable progress towards a better future for all life on earth with every innovation.

It this feasible? Definitely! However, to do so we need to re-code innovation itself.

The topic “innovation”, with all its components, must be questioned and decoded. We first need to un-learn before we can re-learn with a new perspective.

The challenges of our time such as climate change, loss of biodiversity, poverty and increased inequalities are existential. To believe that we can solve problems with the same actions as they were created is short-term thinking, and perhaps even naive. It’s not the tip of the iceberg, but the core of a system in which even supposedly far-flung issues such as “new mobility” or “digitalization in healthcare” play an interdependent role.

“DON’T WORRY, IT ALL WILL WORK OUT IN THE END” NO LONGER WORKS.

From now on, please, let’s be brutally honest with ourselves and refrain from greenwashing, using empty phrases such as “let’s just ride the wave”, and false hope clichés like “it all will work out in the end”. Now is the time to realize that with every action we can move towards the biggest possible and viable advancement for a sustainable and better future for all life on earth. We, as humans, have the science and creativity. We, the team of INDEED Innovation, have the innovation power and a working model. Therefore, it is indeed humanly possible.