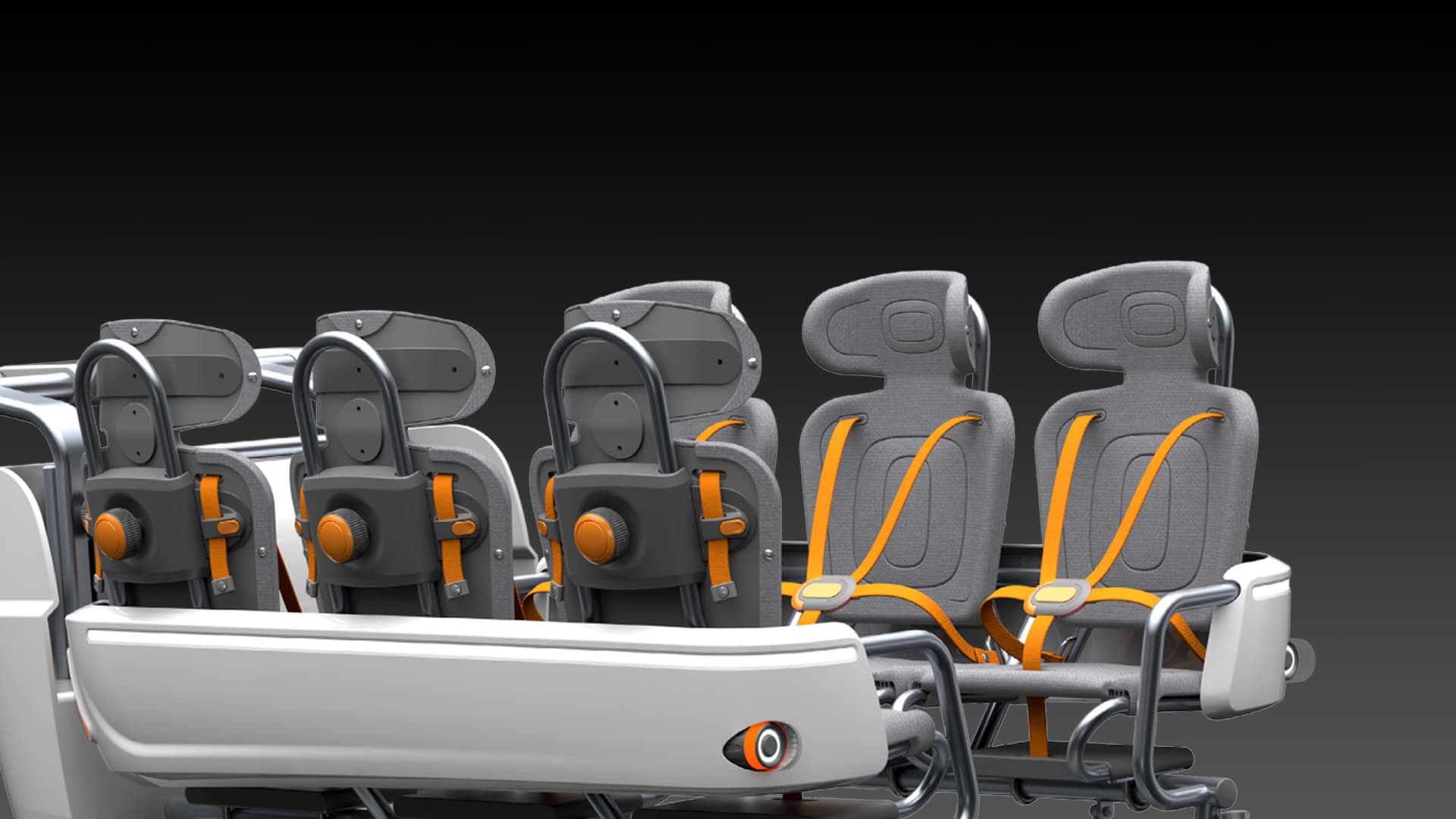 Do you have to push hard to move forward?

We asked ourselves in a recent project for a German research group how to push effortlessly. Anyone who already had the unwieldy experience of pushing prams can perhaps imagine how difficult it is to transport several infants in a massive pushchair.

For this task we have developed a crib cart with intuitive electric push support. Safe for the kids, easy to maneuver for the educator, technically demanding for long life and efficient use.

The transport of children in the marketed cars is tedious and exhausting, especially with regard to maneuvering and handling in general. The conception set developed by us sets various features against the immobility and heaviness of the current models and also scores with increased safety for the little ones.

The modifications at a glance:

- We facilitated the applied force while pushing with electric sliding support

- We build it easy to use even without technical knowledge

At the beginning of the project, we focused on the drive concept, including the design of the engine and its layout. The frame and handlebar construction as well as the definition of the functional parameters presented us with smaller to bigger challenges. But was - as seen in the video - also enjoyable while testing the several prototypes.

After a previous ergonomic study, we reworked the seat concept. The project scope included as well the lighting concept, the functional principle and cable management. We presented the final design development together with the partners involved (ENGEL ElektroMotoren GmbH and Gesslein GmbH) at the Innovation Day of the BMWi 2014.

In the meantime, we (especially Günter and Matthias, who are driving in the video) have a large number of further development ideas and new aspects in mind that are waiting to be implemented. But more of that in other blog posts.