It is crucial to stay flexible in an early project stage and to get as many feedbacks as possible. Vinay explains how to avoid the investment bias and lead the project with verbal prototyping to success.

In August 2016, as a part of a project I visited Uganda, Africa to explore the role of smart diagnostics and AI. This project was kick started by a philosophical thought that emerging tech like AI, IoT, smartphones, can play a more impactful role in the developing world due to lack of resources with healthcare domain in perspective. In this post I try to put forward a new narrative of design research and explain the way it was carried.

Engage with the foreign

Me and my teammate Karthik, landed in Kampala, Uganda and the very next day went for a healthcare hackathon. We had carried out primary online research but we saw this hackathon as an opportunity to immerse ourselves in the culture, learn from the healthcare experts and from the likeminded participants.

If you are burning yourself out working together in a small team, you are guaranteed to be immersed with the locals. Three such days and we were already comfortable and engrossed in the context before the actual research began. This also prepared us in further research by helping us gauge the nuances of the culture. For example, we found people to be very vocal and expressive. Within a conversation, we could already visualize a problem or an idea coming alive vocally.

Soon we realized that not all insights can be captured in a report or a blog. We also realized that sketch-notes, were being perceived to be very concreate ideas already and constrained the imagination. So we took these actionable insights and transformed them into verbal concepts (short dialogues of the problems and ideas). They were always being evolved as we transitioned our research from on-ground to off-ground experts. Such verbal prototypes were captured, validated through conversations itself. The biggest learning from this research was the realization of how delicate ideas are, you never know you are sitting on one, you never know when they’ll come, you can only hope to get good ones. But ideas need to be captured and nurtured, carefully. Because this was a very vocal culture, we could realize the importance of prototyping verbally.

I think there are couple of reasons we could do verbal prototyping. One, we were immersed in the context of research before conducting the research through a hackathon. Secondly, we staged the research first over on-ground experts and transitioned to off-ground experts. And thirdly, the fact that the context had a rich verbal and expressive culture. Lastly, being product designers, we could already could translate the problems and opportunities in product features and qualities.

At the end of our research, we had an idea of an AI powered smartphone-based microscope which could reuse smartphone spare parts like lens and battery. This was highly derived from conversations from field workers, medical professionals and researchers. Additionally, we had a systemic understanding on how it can manufactured, repaired and maintained using local smartphone repair shops. And we had never sketched down the idea until we boarded our flight to the Netherlands. While in Netherlands, we sketched, modelled and prototyped the first design which was also tested in the field within 6 months.

The worst thing that could happen in an early stage of your project: You fall in love with your first idea and become immune to feedback. But feedback is oxygen for your ideas.

Me and my colleagues prefer to see it this way: Prototyping is to engineer as many opportunities for feedback as you can. Rough versions give us the chance to test and think about what people want and what doesn’t work. Feedback gives us an idea of how bad our original concept actually is and how we can improve to solve any problem.

Anyhow, if you get really invested in an idea it becomes harder to truly understand how bad your first ideas are. Investments like careful drawings, expensive dummies or online prototypes can make you resistant to feedback. But with verbal prototyping you invest hardly anything and are able to tailor your idea according to feedback given simultaneously.

Therefore, verbal prototyping is useful in an early stage, before anything is committed to materiality. And changes are much easier to incorporate early in a project. Going back and revising things is much easier when no investments have been made. 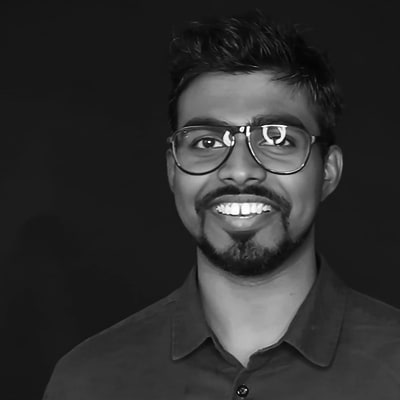 Vinay is a product design engineer at INDEED. He believes technology has created an enormous push in the society and the role of design is to orient this push with meaningful foresight.